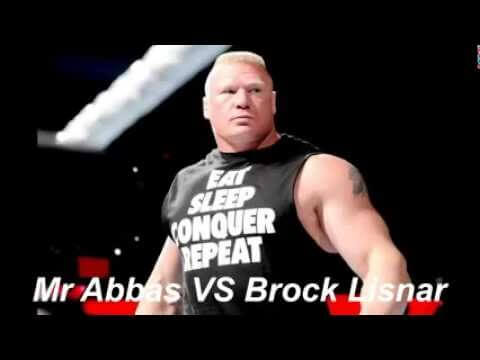 If you have seen Brock Lesnar in action, you wouldn’t challenge him for a fight! (I mean even his stare his deathly.) But not for this guy. This video by Asad Xia shows a guy named Mr. Abbas openly challenging Brock Lesnar. He tells him that he will fight him in the coming WWE championship. This is Mr. Abbas. Mr. Abbas watches too much TV and takes WWE seriously. Mr. Abbas wears sunglasses and caps indoors. Mr. Abbas has a funny mustache…and a funnier command over English grammar. But Mr. Abbas is funny. Be like Mr. Abbas.
Thanks for rating this! Now tell the world how you feel - Share this on Twitter and on Facebook.
(Nah, it's cool; just take me back.)
What's Your Reaction?
Author: Abhishek

« Rahul Gandhi Thinks Steve Jobs Was From Microsoft, And Honestly Nothing Could Be Funnier