World’s Most Wanted Man Is On Twitter & Already Has About 1 Million Followers!!

8.8 K shares
FeaturedNewsPeopleViral
Edward Snowden, who once worked for the American Secret Agency who leaked details about the US government's massive surveillance programs, is finally on Twitter and he has got about 1 Million Followers. He created an account on Tuesday, September 29, while in exile in Russia with a simple handle @Snowden. 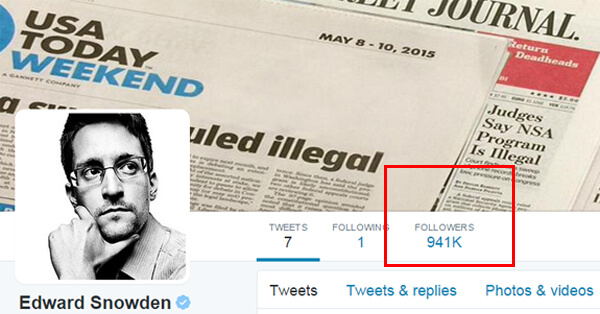 This very first tweet of Edward had gone all over the Social Media and was re-tweeted 96000 times and was Favorited by about 87000 users. 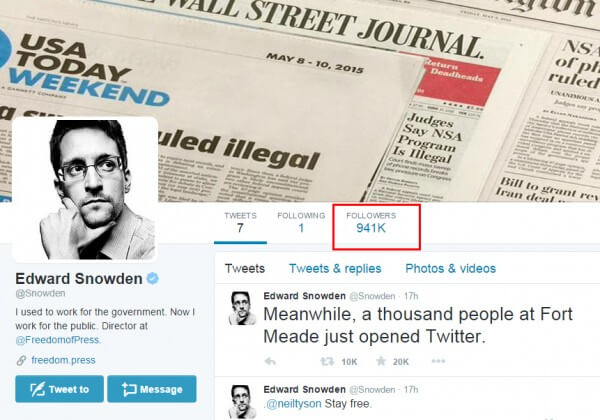 Edward Snowden, first tweet was so huge that even Twitter’s official ID had to make a tweet about it and tell people about Snowden’s entry on to Twitter Platform.

Edwards Entry on Twitter had made twitter even more exciting. It would be fun to see an interaction of this Geek with NSA or Some other Official Representative of the US Government.
Thanks for rating this! Now tell the world how you feel - Share this on Twitter and on Facebook.
(Nah, it's cool; just take me back.)
What's Your Reaction?
Author: Abhishek

« Check Out All The Things Women Do Secretly!!!