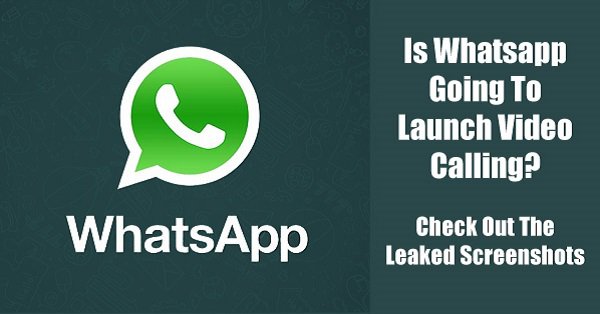 6.9 K shares
NewsPeopleViral
Whatsapp have recently added the voice calling over the Internet feature recently and the company Facebook which currently owns whatsapp have recently added a video calling option to their messenger recently. So, it’s most probable that we will now be having a facility of video call over the Internet through our favorite messaging app. As per the leaked screenshots, Whatsapp is testing video calling features and it’s very probable that they are going to launch that. In this case, they’re directly taking on Skype and other leading video call providers. Whatsapp’ve used the iPhone version of the application for testing and the Leaked screenshot by a German blog shows two more features in the video calling that are Turning off the Mic and Also Flipping the Camera. The German blog claims that the screenshots are taken from the UNRELEASED VERSION of whatsapp for iPhone which is 2.12.16.2. 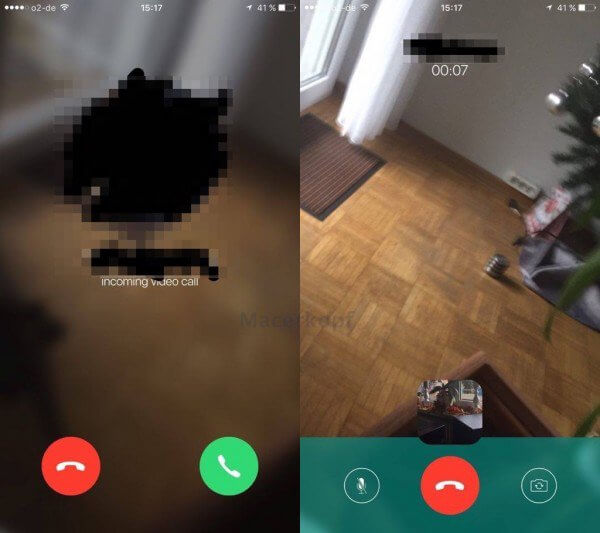 Check Out When A Girl Asks Them, “Will You Be My Boyfriend?” »