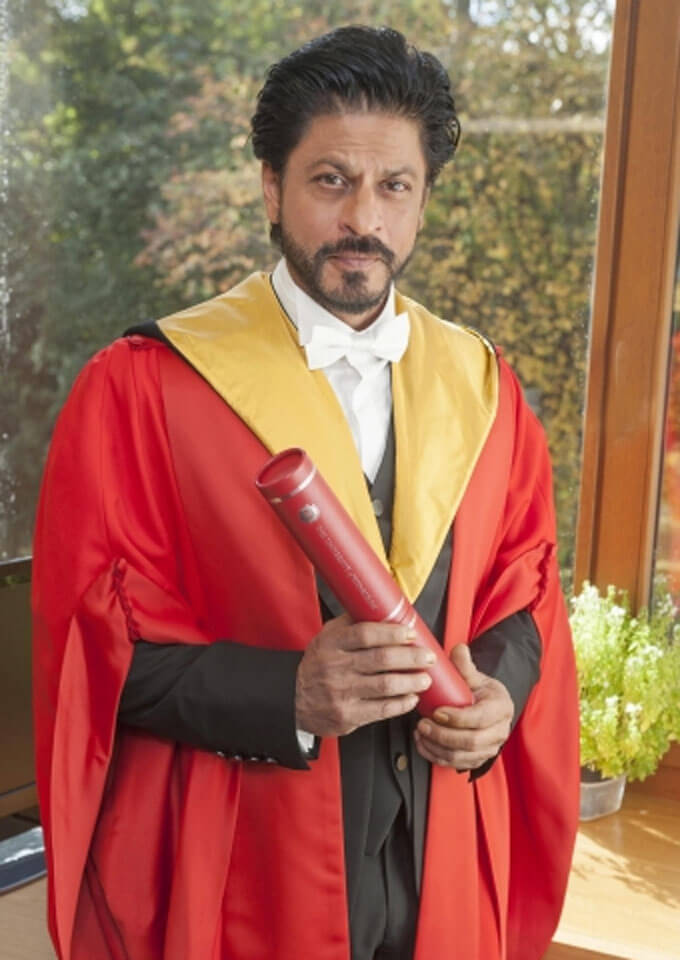 The thing is, if you’re Shah Rukh Khan, you have to bust some Bollywood moves even on the occasion of you receiving an honorary doctorate degree from the University Of Edinburgh! Here, SRK speech was much loved by the students over there, especially as the superstar spoke about real life lessons, with examples from the plots of his movies. Not only this, after his speech, SRK asked 'bored professors out there in the first row', to join him for the Lungi Dance from his film Chennai Express! Have a look!

« Woman Claims She Was Kidnapped By Alien, Taken To The Moon And Gang Raped