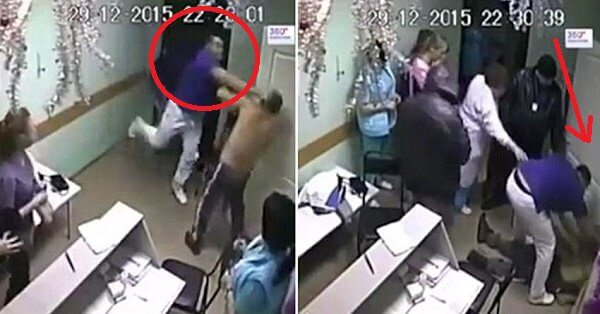 CCTV footage has emerged of a Russian hospital doctor punching a patient who collapsed and later died. The incident took place in the city of Belgorod, 670km (440 miles) south of the capital, Moscow, on 29 December. The patient had earlier kicked a nurse, after which the doctor punched him in the head, Russian media reported. Investigators think it was a case of "involuntary manslaughter", one official told Russian TV, but have launched a criminal case. The story went viral after the CCTV footage came to light. Watch the video:
Thanks for rating this! Now tell the world how you feel - Share this on Twitter and on Facebook.
(Nah, it's cool; just take me back.)
What's Your Reaction?
Author: Abhishek