8.8 K shares
FeaturedNewsPeopleViral
The computer hackers have declared war against ISIS. A hacker group known as ‘Anonymous’ has declared a full fledge war against the Islamic terrorist organization Islamic State. Islamic State has owned the responsibility of Paris attacks that took place on Friday, Nov, 13 on multiple sites, more than 130 people have lost their lives and hundreds were injured. After this massacre, the hacker group has posted a video on YouTube on Sunday in which the group’s speaker is wearing its signature guy Fawkes mask, warned IS of the repercussions of the Paris attack. The speaker of hacker group Anonymous said, “Anonymous from all over the world will hunt you down. Expect massive cyber attacks. War is declared. Get prepared. You should know that we will find you, and we will not let you go. We will launch the biggest operation ever against you.” The spokesperson further added, “The French people are stronger than you and will come out of this atrocity even stronger.” Check it out:

Anonymous Address IS on #ParisAttacks

"We will hunt you down like we did to those who carried out the attacks on Charlie Hebdo." Hacktivists identifying with the entity known as Anonymous announce attack on ISIS following #ParisAttacks. 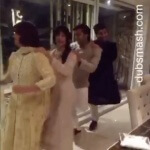