Salman Khan is back with trailer of “Prem Ratan Dhan Payo”, The Most Awaited Movie

10.6 K shares
CelebrityEntertainmentFeaturedPeople
The Official trailer of the much-awaited movie "Prem Ratan Dhan Payo" which has "Salman Khan" and "Sonam Kapoor" in the lead roles is released by today. In PRDP, Salman Khan will be seen playing a dual role. He will yet again be seen as Prem. The movie is said to be a love story and a family entertainer like all other films. 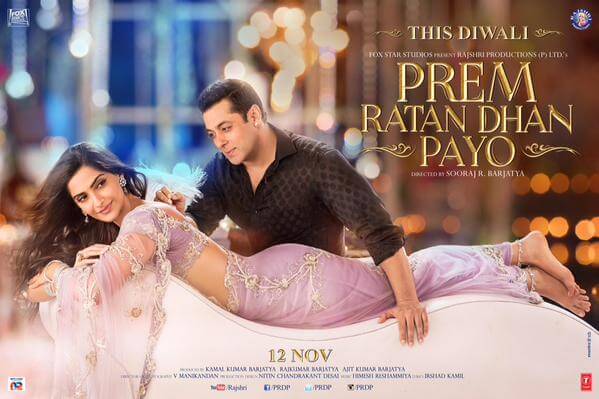 Salman Khan is collaborating with Sooraj after a long time. Sooraj launched Salman with Maine Pyar Kiya. Later they worked on projects like Hum Sath Sath Hain, Hum Apke Hain Kaun and now Prem Ratan Dhan Payo. Watch the official trailer of Prem Ratan Dhan Payo here:
Thanks for rating this! Now tell the world how you feel - Share this on Twitter and on Facebook.
(Nah, it's cool; just take me back.)
What's Your Reaction?
Author: Abhishek