Paris Attacks, This Symbol For Peace Is Going Viral To Show Support For The Victims

13.5 K shares
FeaturedNewsPeopleViral
The world went to sleep with happy thoughts in their head, ready to wake up in their usual world on Saturday morning. Unfortunately, the world had changed. On Friday night, Paris faced a massive terrorist attack that left around 120 people dead and many injured. 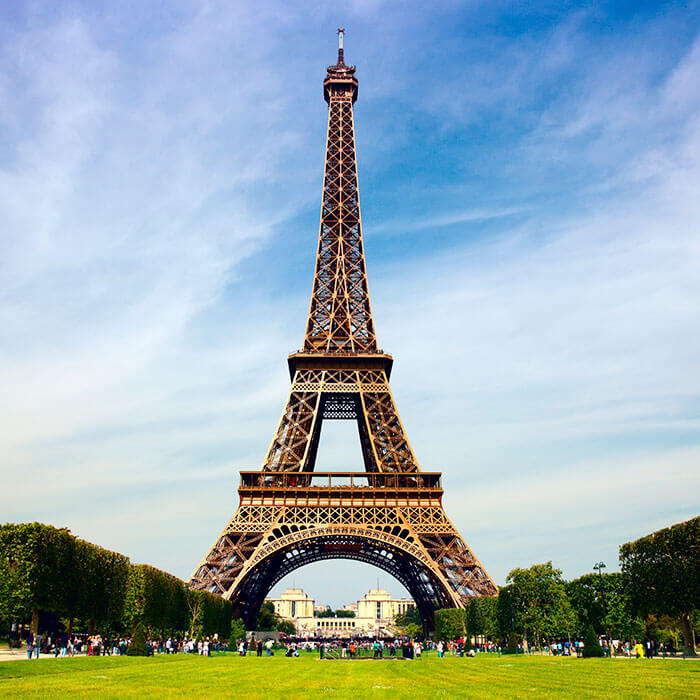 Islamic extremist group ISIS took responsibility for the attack that shook the world. Help and wishes poured in from all over the world and people were terrified thinking how could humanity fall so low. 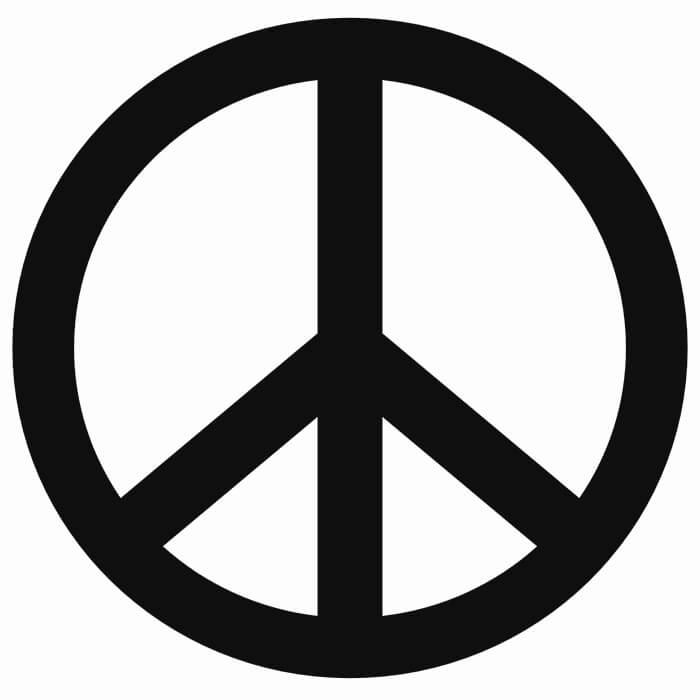 To send the prayers and wishes for the victims and their families, Instagram shared a sketch of peace symbol with Eiffel Tower in the centre that soon gained popularity on social media. 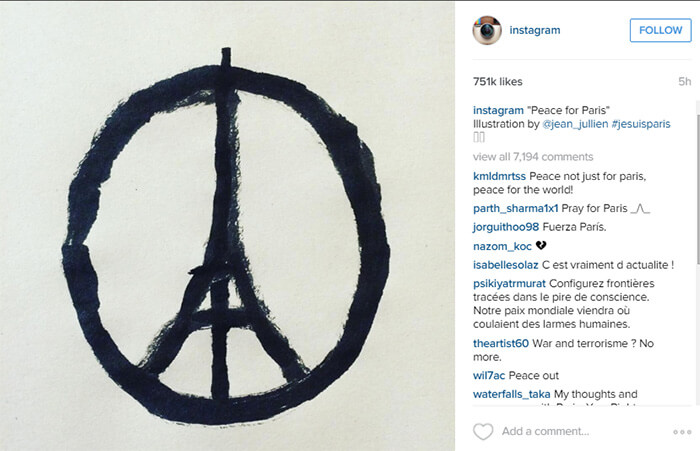 The symbol was named ‘Peace for Paris’ and it soon became the symbol for solidarity in the critical circumstances. 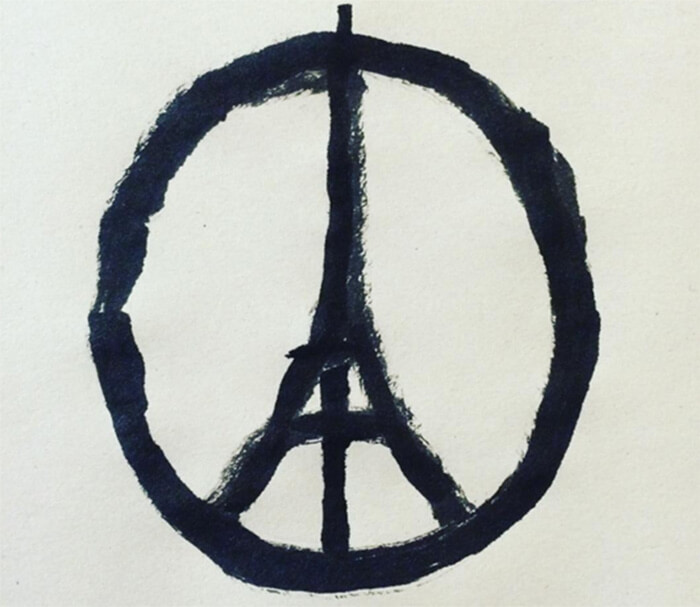 Different adapted versions of the symbol is being shared by many celebrities, organisations and people: 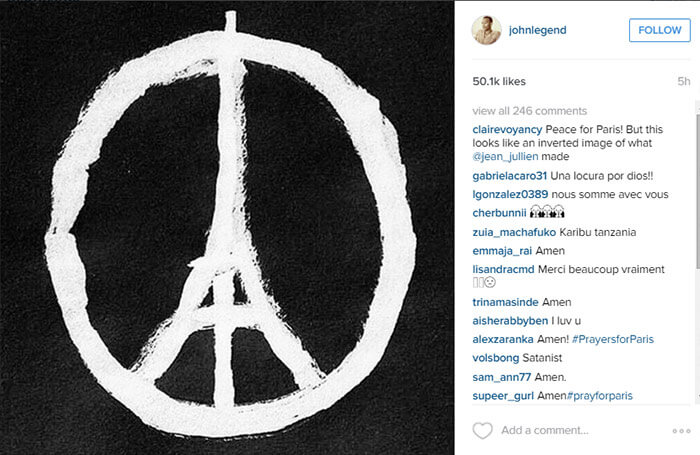 Stay strong Paris.
Thanks for rating this! Now tell the world how you feel - Share this on Twitter and on Facebook.
(Nah, it's cool; just take me back.)
What's Your Reaction?
Author: Abhishek

« Blind Dates Can Be Hilariously Dangerous. Watch What Happens To This Poor Guy.