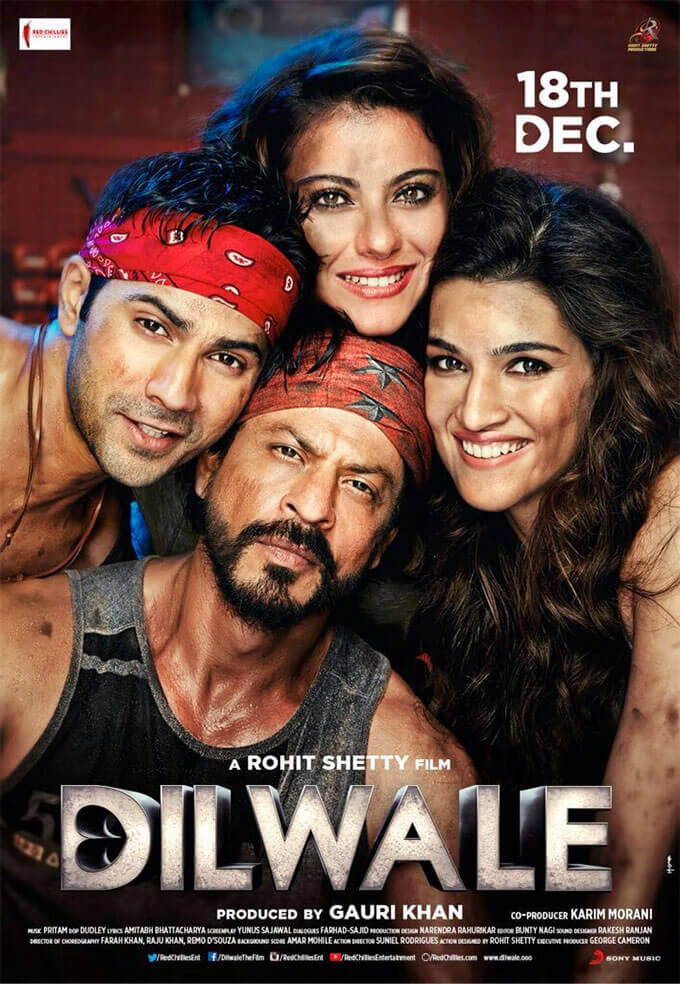 Director Rohit Shetty's most-awaited Bollywood movie "Dilwale" starring superstar Shah Rukh Khan, Kajol, Varun Dhawan and Kriti Sanon in the lead roles, has received mixed reviews from the audiences around the world. Dilwale" is a musical romantic film, which is also high on the action and comedy quotient. Yunus Sajawal has written the script for the movie, while Sajid-Farhad penned dialogues. Rohit Shetty has co-produced the film with Gauri Khan under the banner Red Chillies Entertainment and Rohit Shetty Productions. Dilwale revolves around the story of the children of two competing families, who meet again after a 15-year separation. The audiences say that the sparkling chemistry between Shah Rukh Khan and Kajol is the main highlight of the movie. Ratings Dilwale 2015 I'm going with 4.2 out of 5 for director Rohit Shetty's Dilwale.
Thanks for rating this! Now tell the world how you feel - Share this on Twitter and on Facebook.
(Nah, it's cool; just take me back.)
What's Your Reaction?
Author: Abhishek

Watch Hardy Sandhu’s Superhit Song Has Been Remade For An Upcoming Movie AIRLIFT. »