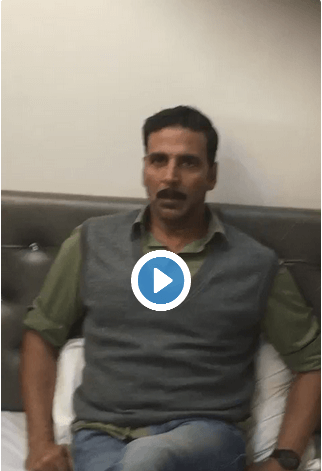 Something which has been on my mind since the past few days and I just had to say it. Not intending to offend anyone...so here goes pic.twitter.com/ASaLwobWgu

Akshay Kumar doesn't talk much, his deeds do. Be that as it may, when he chose to make a point, it is groundbreaking. After helping Uri Martyrs families, Akshay utilized Twitter to talk his mind about how he is angry with the pointless verbal confrontations going in the country when no one is asking the quintessential inquiry. He gets some information about the on-screen characters or the boycott, yet discuss the individuals who have relinquished their lives and the individuals who are ordinary battling for us. Why are we battling amongst ourselves when we ought to battle together? Doesn't Akshay make an effective point? Tell us what you think in the comments below.
Thanks for rating this! Now tell the world how you feel - Share this on Twitter and on Facebook.
(Nah, it's cool; just take me back.)
What's Your Reaction?
Author: Abhishek